Hello everyone! I hope you are all well! The art doll I will introduce today is inspired by traditional Cyprus pottery. Pottery making in Cyprus dates back to the Neolithic period. The sheer number and diversity of ceramic artefacts that have been discovered by archaeologists over the years demonstrate that people in Cyprus, from ancient times, were using clay items not only in their everyday life but also as decorative items in their homes.

This short video is all about traditional pottery in Cyprus. The red clay, which is commonly used in traditional pottery, is made out of red soil. The soil is collected, cleared of rocks and other debris and then spread out and left to dry thoroughly. It is then pounded with a solid wooden stick (called a koupani) to break up the lumps of soil. Nowadays, special machines are used to grind the dry red soil into powder. The red powder is transferred to a special trough where water is added and thoroughly mixed in with a special wooden shovel to prepare the clay. 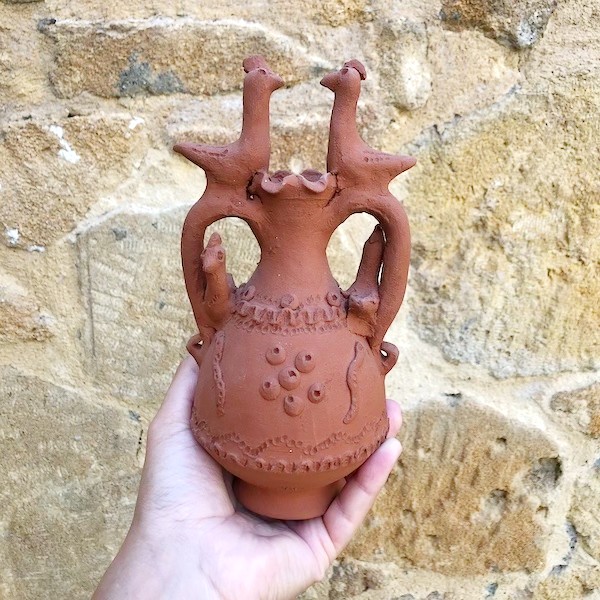 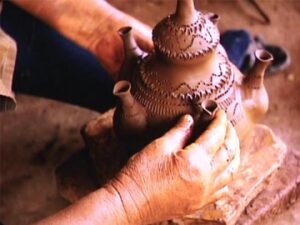 A few years back I visited the village of Kornos in the Larnaca district which is well known for its traditional ceramics and red clay pottery made entirely by hand and a foot-powered wheel. It was once the villagers’ main occupation and is still widely practiced today. I bought a small decorative pot adorned with simple birds, snakes and other motifs as a souvenir.

I have been wanting to create an art doll inspired by this piece for so long. Actually, I started off with an illustration and created a design using some of the motifs from the pot and added a bird on her head! I really wanted the decorative motifs to stand out so I painted them in different colours. And I wanted her arms to resemble the handles of the pot! 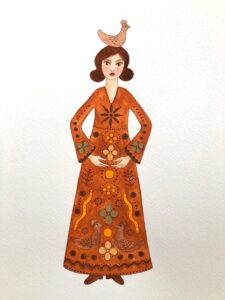 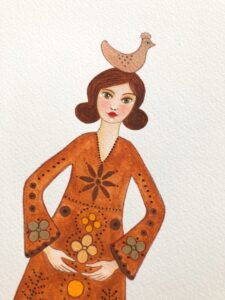 Then it was finally time to create her out of clay! I loved the way she turned out, even before I painted her. The simplicity and white colour of the air dry clay really made all the features stand out. But staying true to my own creative process I added colour and she came to life: Kallitsa or Kallou as I fondly call her! I am always quite emotional when I create something inspired by local traditions. 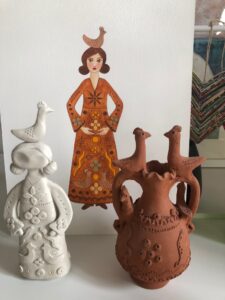 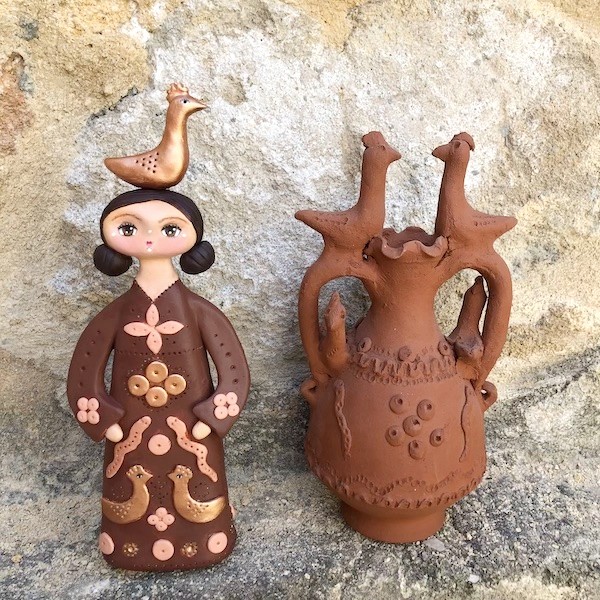 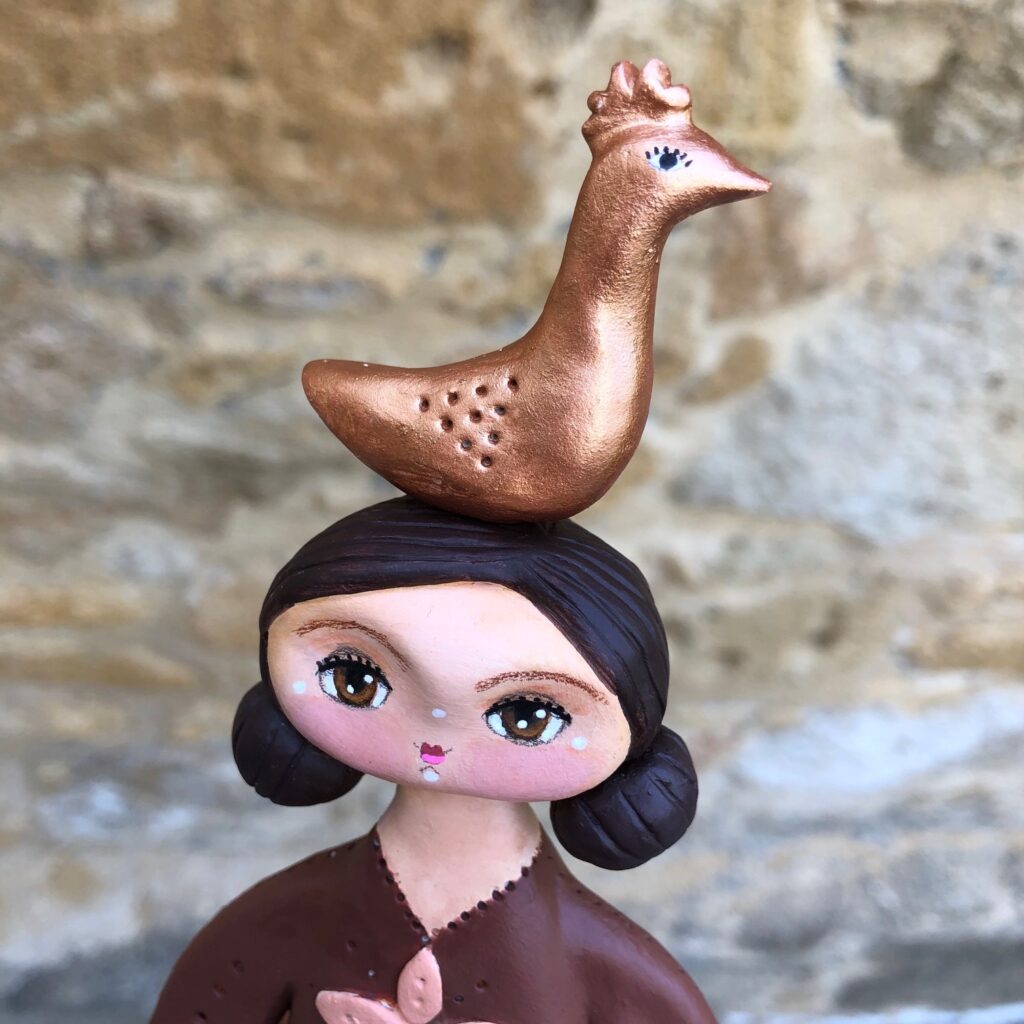 For centuries ceramics and pottery making have been deeply rooted in Cyprus tradition. It’s no surprise that they continue to be part of local arts and crafts but I believe they have also been elevated to levels of fine art through craftsmanship and artistic expression. Pottery has inevitably evolved and there are many ‘modern’ Cypriot potters that I admire which are creating works of art worthy of a place in art galleries and bought by art collectors from around the world. The short film below by the Cyprus Handicraft Centre, written and directed by Filep Motwary, focuses on ceramics in Cyprus and their evolution. It includes some of my favourite ceramic artists!

Evolution is an inevitable and valuable part of tradition. As said by the famous composer and conductor, Gustav Mahler,

Tradition is not the worship of ashes, but the preservation of fire.

I’d be delighted if you watch the special Instagram Reel I created for Kallou!