November 1st today and it’s time to celebrate the Day of the Dead, as well as, officially launching my Love Art and Beyond YouTube channel. Woohoo! For those of you who have been following me for a while you already know that Dia de los Muertos is one of my favourite holidays, even though I’m not Mexican and it’s not a tradition here in Cyprus. 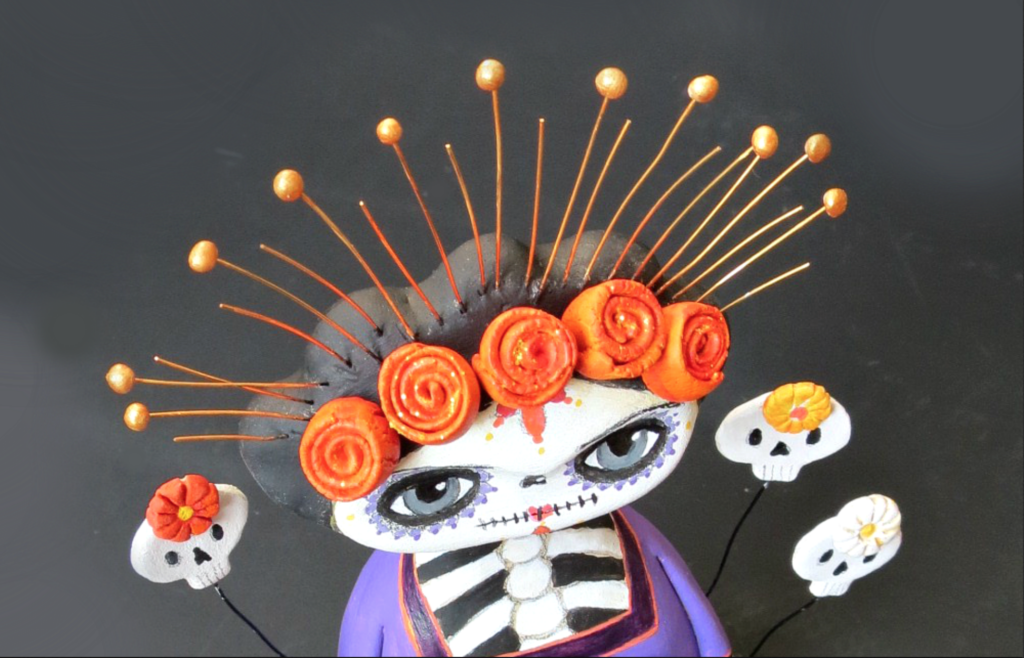 Día de los Muertos, or Day of the Dead, takes place over two days, November 1st and 2nd. It is a tradition that originates from several thousand years ago from pre-Hispanic cultures in Mexico who believed that the dead were still members of the community and should be kept alive, both in memory and spirit. During Día de los Muertos, it is believed that the dead temporarily return to Earth to visit their loved ones. Even though the theme is death, it is not about mourning or grief but is instead an opportunity to express love and respect for deceased family members and to celebrate them being part of our lives even if they are no longer with us physically.

This year in addition to making a day of the dead inspired art doll, as I have done for several years now, I decided to film the process and with the video officially launch my YouTube channel! I have wanted to start my YouTube channel for so long and kept finding excuses. But this time is just felt so natural to just go ahead. And I am glad I did. My youngest son was particularly proud and gave me lots of tips and technical support. He’s eleven!

It would make me so happy if you hop on over and watch the creation of La Calavera Adriana! And if you watch till the end you’ll be in for a surprise! You might even like to subscribe. I have lots of ideas for videos, I’ve even started making the next one!

I really, really hope you enjoy it!

You can also check out last year’s Day of the Dead post, HERE in case you missed it.